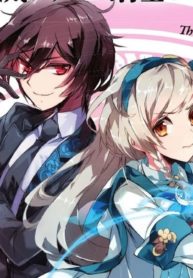 Suddenly there is a magic circle in our world. He transported the wizard Suimei Yakaga and his friends to a different, unknown world. Everything could have been good, but the hero who was called was his good and close friend, not him. Suimei only got there for company. So he refused to fight against a demon ruler. Instead, he decided to go home and went looking for a possible way. In doing so, he used knowledge from modern magic. What kind of trials await Sammy? Let’s find out from the manga extension.