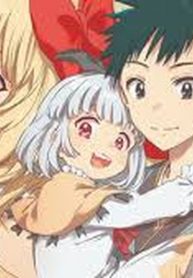 The Simple-Looking Sword Saint is Nevertheless the

A brief description of the JIMI NA KENSEI WA SORE DEMO SAIKYOU DESU manga:
A Japanese student named Shirokuro Sansui died because of God’s mistake and was teleported to another world. He announced that he wanted to be “the strongest,” so he received a letter of recommendation from God to the Sage, and studied for 500 years. When he reached a level where he could be called “the strongest” by the standards of ordinary people, he picked up a child next to his training ground, and that’s when his adventure finally started in another world. He is the strongest, but he looks ordinary. So, the battlefield of the Holy Sword has just begun.

The Great Mage Returns After 4000 Years

MY WIFE IS A DEMON QUEEN

Death Is The Only Ending For The Villainess