The Wrong Way To Use Healing Magic 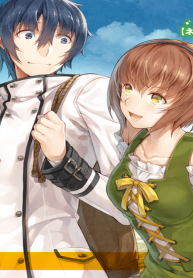 A brief description of the “The Wrong Way To Use Healing Magic” manga:

On a terrible rainy day, a high school student without any special skills, Usato Ken was dragged to another world with two other people: a handsome guy and a beautiful girl, with whom he strangely began to get along on that very day. As a not particularly talented man, he could not accept the idea that he would be treated like a useless man. However, his companions were unexpectedly kind.

– “Maybe everything will be all right?”

That’s what Usato thought, who found hope for a new life in another world, but it turned out to be different. He had a hidden magical talent and had to go through hell, whose name was “training”.

This story is a comedy that unfolded in another world.