Read I, the Strongest Demon, Have Regained My Youth?! - manga Online in English

I, the Strongest Demon, Have Regained My Youth?! 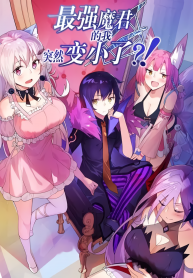 A brief description of the manhua I, the Strongest Demon, Have Regained My Youth?!

Having unified the Celestial Empire forever and ever, I, the demon king Xin Sheng, went to the demon world in search of the highest power in order to maintain my reign.

Thousands of years later, Xin Sheng actually became stronger, but turned into a child. During this time, the world also changed and became completely different from the one that he remembered.

To regain the title of the strongest demon king, even in the body of a child, he will have to rebuild the empire created in the past and restore its former greatness.

He’s just a little too dumb to be a near omnipotent and immortal king who’s already conquered the world once. I guess it’s a case of a less than genius-level author trying to write a genius character. If this was smut/ecchi then it might’ve had potential.

Maybe with ecchi it would have some potential. It’s rate can’t amout it’s adequate description number of letters : bad. Simply bad. No hard feelings tho.

Story? None. Plot? None. Pacing? None. The girls are hot so that’s a positive.

Story? None. Plot? None. Pacing? None. The art is sick though so that’s a positive.

Tales of Reincarnation in Maydare

Rise From The Rubble

The Way That Knight Lives as a Lady