Kyoukai Meikyuu To Ikai No Majutsushi 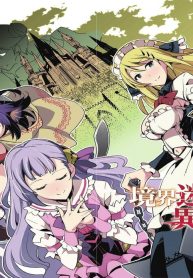 Kyoukai Meikyuu To Ikai No Majutsushi Average 4.4 / 5 out of 8

A brief description of the Kyoukai Meikyuu To Ikai No Majutsushi manga:

When Theodore fell into the water because of his half brother, his memory of his past life returned.
Kirishima Kagehisa is a Japanese man whose mind was placed inside his VRMMO character in Break Force Online.
Theodore – Battle Mage, which played Kagehisa in BFO and realized that his skills have improved in this world.
Having slightly taught his half brother not to be forgotten, Theodore went to a labyrinth located in the suburbs of Termille, in search of his own way.