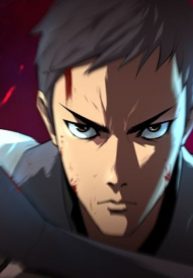 A brief description of the Raid manga:

More than half a century ago, just after the end of the Korean War, some warriors from the otherworld of demons began to appear all over the world. Our world became a place for all kinds of evil to pass. In trouble, these monsters were completely unafraid of our weapons, which made them incredibly powerful. They started destroying everything in this world.

When everything reached its limit, and even the hope of salvation disappeared, they appeared, or rather they woke up, masters. This was humanity’s last chance to be saved. As soon as these monsters came into the world, the world changed radically. It’s been 50 years.

Gang Kyu Sung is an employee of a small company where he doesn’t even get a holiday. He’s so submissive and obedient that he doesn’t even dream of being appointed to the next position. Nothing changed until he woke up as the real master of the 5th rank. In the distant past, he was despised and ignored by everyone, but not now. How will his path to the top develop? It’s just beginning.

My Dad Is Too Strong