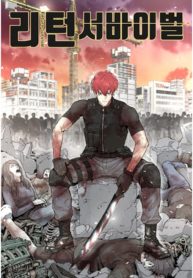 A brief description of the Return Survival manga:

The great plague that hit the earth is the zombie apocalypse. For the brutal three years, I’ve persisted to survive dozens of deadly situations in a devastated land. In the end, I couldn’t stand it any longer and, trapped among the infected, died. And when I opened my eyes again… I came back just six months before the zombie virus broke out in the world! In the next six months, this planet would sink into chaos and despair. And only I know the end is near! Is this the chance that was given to me to survive again in a ruined world?! Six months is hope or despair? Will I be able to change the future?