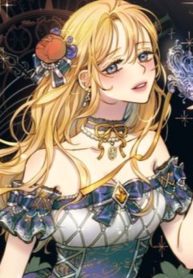 A brief description of the Shadow Queen manhwa:

“Will you be my daughter?” At his suggestion, Elena became the fake daughter of the Duke of Franché’s. She became queen and gave birth to the crown prince’s son. But suddenly Princess Veronica, who was considered dead, returned. After the betrayal, she returns to the past. I am a toy? They took away my son! They took everything from me! Я! Elena! I will take revenge on you!

Frieren at the Funeral