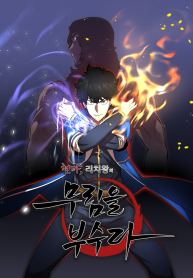 The Heavenly Demon Destroys the Lich King’s Murim Average 4.3 / 5 out of 31

A brief description of the manga The Heavenly Demon Destroys the Lich King’s Murim:

An unknown voice disturbed me while I was levitating during my cultivation to reach the transcendent demonic state.

My concentration had been broken, and I fell into an unconscious, overloaded state. When I awoke a month later, the Lich King had already taken control of the Murim.

After the battle that ended with the destruction of the Heavenly Demon Cult, I awoke a hundred and forty years later in a Murim where magic and martial arts coexisted.

He’s almost as strong as Saitama﻿

Meh super boring. Another power trip fantasy in which nothing can oppose the MC because he is so incredible powerful that being a deity is a lower step for him. Literally.

Good stuff cant wait for more and second ever

The Iceblade Magician Rules Over The World