Read After Being Reborn, I Became The Strongest To Save Everyone - manga Online in English

HOT After Being Reborn, I Became The Strongest To Save Everyone 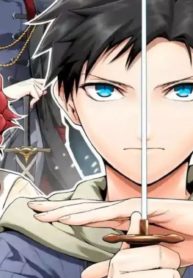 After Being Reborn, I Became The Strongest To Save Everyone Average 5 / 5 out of 21

A brief description of the “After Being Reborn, I Became The Strongest To Save Everyone” manga:

Eric had a hard life. When he was 16, his village was taken over by monsters who killed his friends and family. Soon he became a soldier, but he couldn’t protect the woman he loved. Eventually he died on the battlefield, surrounded by the bodies of those he could not protect. When Eric woke up, he discovered that he was in the body of a child. When he realized that he had been reborn, he soon learned another amazing detail: the man and woman who raised him are actually the parents of his previous life! Yes, Eric was reborn into himself! No alternative worlds, no antiquity, only memories that send him back to the moment he was born. Armed with knowledge of his past, Eric swears to protect everyone, since the universe has given him a chance.