Read Summoned to Another World... Purification Is basic! - manga Online in English

NEW Summoned to Another World… Purification Is basic! 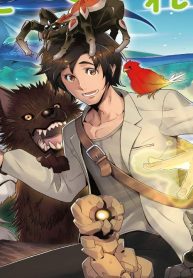 Summoned to Another World… Purification Is basic! Average 5 / 5 out of 11

A brief description of the manga Summoned to Another World… Purification Is basic!

One day, a dull young man from Japan gets caught up in a heroic summoning and goes to another world. The next time he wakes up, he’s not in a castle with a king, but in a deep forest since the summoning failed! You’d think he’d be at a loss, but he starts living a life of survival with a positive attitude that doesn’t involve deep thought!

Then, before he knows it, he saves the cursed forest and magical beasts one after another with his magical powers, and is befriended by wolves and dogs in a healing paradise! However, he doesn’t realize that they are actually legendary demonic beasts and spirits at all. What’s more, that they are adored! A positive young man unknowingly plays with the legendary magical beasts, a heartwarming and misunderstood fantasy begins!

Because I am a Creator, Please be Kinder!

The Fate of the Returned Hero