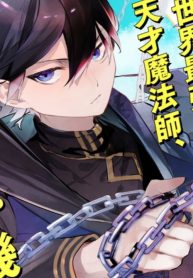 The Greatest Magicmaster’s Retirement Plan Average 4.8 / 5 out of 15

A brief description of the manga The Greatest Magicmaster’s Retirement Plan:

Alusu Reigin is the strongest magician in the country at the age of 16. He joined the army at the age of 6 and after 10 years of fighting the demons, he now wants to retire. But the governor is reluctant to let the top magician retire so he proposed that Alusu attend the magic academy to learn to “live like a normal person”. Alusu now has to attend the magic academy while hiding his true power as a harem of beautiful girls throw themselves at him despite him showing zero interest in them.

The Blade Of Evolution-Walking Alone In The Dungeon