The Hero is Overpowered but Overly Cautious 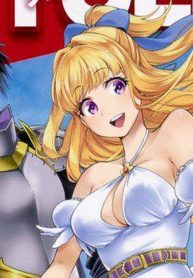 The Hero is Overpowered but Overly Cautious Average 4.1 / 5 out of 8

A brief description of the The Hero is Overpowered but Overly Cautious manga:

Rista, the goddess of Rista, calls on a hero from another dimension to help her save another fantasy world, like some kind of RPG. The hero by the name of Saya turns out to be mighty and beautiful, but at the same time incredibly and even too careful. For example, he usually buys three sets of armor: one wears on itself, the second – just in case if the first one breaks, the third – in case the second one breaks. And he takes his battles with monsters very seriously and does not spare no effort, even if he has some weak slug in front of him, – just in case.