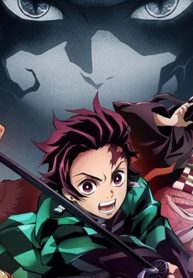 A brief description of the Demon Slayer: Kimetsu no Yaiba manga:
The boy Tanjirō Kamado grows up as the eldest son of a charcoal burner. To take care of his younger siblings and his parents, he does a lot of work and even in deep winter he goes out of the woods into town to sell coal. There the hard-working boy is popular with many. But one day, when he returns to his family’s hut, they all fall victim to a raid. According to the tracks, it was the devils who the legends tell of and who eat people at night. Only Tanjirōs Sister Nezuko is still breathing, so he takes her with him on the way to the city. On the way it turns out, however, that she has also become a devil and thus a danger. Tanjiro became a demon killer to help his sister become human again and avenge the death of the rest of his family.