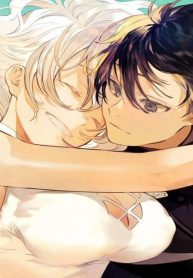 Avenger's Second Lifetime Around In Another World, 復讐完遂者の人生二周目異世界譚,

This is the story of Kousuke Kurono, the avenger. His beloved younger sister passed away after she was raped and thrown to die in the cold. From the age of 13, Kurono hatched plans for revenge and prepared for their execution. Five years later, he was finally able to take revenge on all the bastards that had been so cruel to his sister. Seeing no further reason to live, he decided to commit suicide. And taking the knife with which he had just shredded all those bastards, he cut his throat. And then he suddenly heard a voice – “was it really worth living this life?”. When Kurono woke up, he was not met by his house, not his country, and not even his world – he found himself in another world.

The Sword of Glory

contains themes or scenes that may not be suitable for very young readers thus is blocked for their protection.