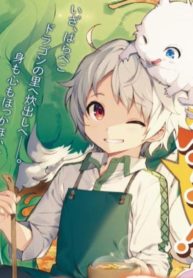 Heart-Warming Meals With Mother Fenrir Average 4.3 / 5 out of 6

A brief description of the Heart-Warming Meals With Mother Fenrir manga:

When Femrude was little, he was picked up by the legendary Fenrir. Originally, the boy was Japanese. But he was reborn, and now a 12-year-old is being raised by his new mother by new rules. She surrounded him with care and love. To get his family back, he decided to conquer everyone with his dishes. The food that Femrude cooks likes everyone: Fenrir and even the beasts. Now he cooks both races, and becomes a bridge between humans and beasts. Even the magicians were struck by his culinary fantasy.