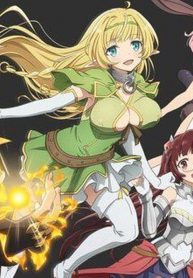 Isekai Maou To Shoukan Shoujo Dorei Majutsu Average 4.6 / 5 out of 7

The King of Darkness Another World Story - Slave Magic; 異世界魔王と召喚少女の奴隷魔術

A brief description of the “Isekai Maou To Shoukan Shoujo Dorei Majutsu” manga:

Sakamoto Takuma spends all his time in the online game “Crossroads of Dreams,” where he plays for the King of Demons. One day, the hero wakes up and finds two miraculous creatures in front of him who were arguing with each other about who called him first. The surroundings as if duplicated his favorite game. Now Takuma is a character from his familiar world, where he has to play for the Demon King and play a familiar role. Since then, the hero becomes on the adventure trail in the guise of an incredibly strong Demon King.