Read Someday Will I Be the Greatest Alchemist? - manga Online in English 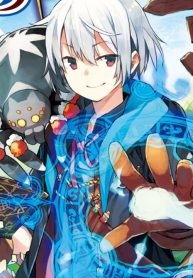 A brief description of the Someday Will I Be the Greatest Alchemist? manga:

Iruma Takumi is a forty-year-old office worker who accidentally got involved in the call of heroes as if following a cliché. Or maybe this is a prank of fate?
The goddess sent him and the heroes to another world separately.
Having received the gifts from the Goddess, he found himself in another world, a little bit better and much younger, and now he did not look like a Japanese.
Nevertheless, he wished only a quiet life and work in production. However, he could not do it because of his special body and abilities, which were granted by the Goddess.
Will Takumi manage to live a peaceful life in another world?

Immortal Swordsman In The Reverse World

I was summoned to be the Saint, but I was robbed the position, apparently

The Rise Of The Unemployed Wise Man

The Eminence In Shadow