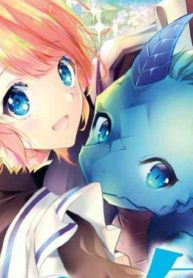 The Dragon Knight’s Beloved Average 5 / 5 out of 1

A brief description of the “The Dragon Knight’s Beloved” manga:

On her 16th birthday, Melissa decided to work outside the castle.

She later became the official maid of the castle to work alongside her beloved dragon knight, Captain Hubbard.

But suddenly she realized the captain was going to resign!

The love fantasy of a straight-laced, stubborn knight and a dragon-loving attendant!!

Hero? I Quit A Long Time Ago