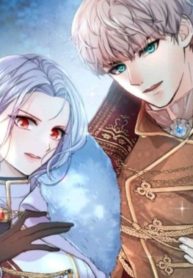 A brief description of the Evil Knight manga:

She was born the prince’s daughter and she was prepared to be Queen all her childhood. Although she had outstanding fencing skills, she never received permission to hold a sword. But despite that, she was happy.
By becoming Queen of the Kingdom of Monte, she was able to be close to her beloved King, but happiness did not last long. The King betrayed her and sentenced her to death.
When she died, she opened her eyes and found herself near a fortress where a witch hunt is conducted. They call her a witch and start hunting her. She does not understand what really happened, but only realizes that the heavens gave her another chance.
“I survived, now I will stand before you and make you go through the same suffering as I did.”