Read The Rebirth of the Demon God - manga Online in English

The Rebirth of the Demon God 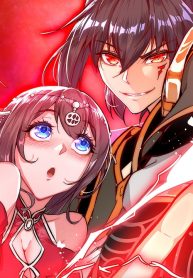 A brief description of the “The Rebirth of the Demon God” manga:

The diabolical emperor Di Shi Tian was tragically betrayed by a friend and he was killed by the Five Wise Men who plotted against him. The whole world thought that the Demon Emperor was no more, but Di Shi Tian was reborn as a disciple of a warrior. Given that he lacks energy and has a weak body, he can only patiently train, improving his magic and gradually becoming stronger. But under the pressure of the five sages, Di Shi Tian has to start his revenge early in order to shed blood and destroy five schools.

I Became The Villain’s Mother

Let’s Aim For The Deepest Part Of The Otherworldly Labyrinth