The Reincarnated Princess Strikes Down Flags Today As Well 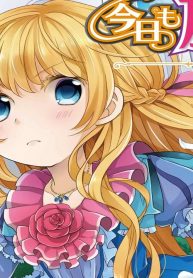 The Reincarnated Princess Strikes Down Flags Today As Well Average 4.5 / 5 out of 15

A brief description of the “The Reincarnated Princess Strikes Down Flags Today As Well” manga:

The main character died in an accident and was reborn in a new world as a princess named Rosemary … And found that the world around her – an almost exact copy of the otome game, which she played in a past life, and she herself – the main rival in her love affairs. To put it mildly, Rosemary doesn’t like men whose hearts a protagonist can conquer, but she’s much more attracted to secondary characters. Therefore, in order to win their favorites in the future, Rosemary decides to break the “flags” because of which her unloved characters will find their negative traits.

Because I Got A Skill That Will Never Take Damage, I’ll Try Mowing Down The Enemy As An Adventurer

The Portal of Wonderland

Villager A Wants to Save the Villainess no Matter What!