The Unfavourable Job “Appraiser” Is Actually the Strongest 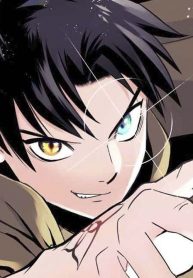 The Unfavourable Job “Appraiser” Is Actually the Strongest Average 4.5 / 5 out of 18

The Unfavourable Job [Appraiser] Is Actually the Strongest; 不遇職【鑑定士】が実は最強だった～奈落で鍛えた最強の【神眼】で無双する～

A brief description of the “The Unfavourable Job “Appraiser” Is Actually the Strongest” manga:

A world in which a person’s life is determined by his Work, given by the Goddess.

The protagonist Ain, at the age of 15, got the worst job “Appraiser”, which had no other ability than analyzing things.

On a certain day in the dungeon, Ain was attacked by a horde of monsters due to one of his comrade’s mistakes. Ein, who was left alone, fell into the abyss.

There he met the spirit of the special Yggdrasil tree, which grew deep underground, and its guardian sage.

Thanks to the girl, Ain’s evaluative abilities have grown enormously. He was able to obtain the “Eyes of God” that could see through everything.

He could see the movements of enemies, find their fatal weaknesses, and copy their attacks and magical abilities just by observing.

Having acquired the most powerful force, Ain returned to the surface to begin his second life.