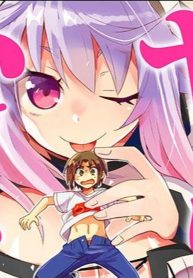 Yaki Hiroshi was living a normal life. But one day, luck turned away from him, and some guy playing a mobile game crashed into him. After that, Hiroshi fell right under the riding train! But when the train ran over him, it didn’t kill him. Instead, he sent him to a world where a beautiful girl was waiting for him. Waiting for someone to die for her. What did you think of that?