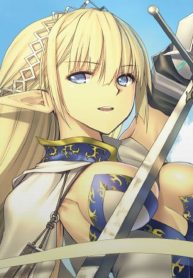 I Became The Strongest With The Failure Frame “abnormal State Skill” As I Devastated Everything Average 4.2 / 5 out of 16

A brief description of the I Became The Strongest With The Failure Frame As I Devastated Everything manga: During the school trip, Touk and his classmates were summoned to another world. However, Touka was the only one with the lowest E-ranking and low status compared to his classmates. Despite this, the abandoned hero will be the strongest devil to advance to the top and strike back!