I, Who Possessed A Trash Skill “Thermal Operator,” Became Unrivaled 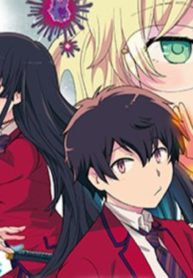 I, Who Possessed A Trash Skill “Thermal Operator,” Became Unrivaled Average 4.4 / 5 out of 23

A brief description of the “I, Who Possessed A Trash Skill (Thermal Operator),Became Unrivaled” manga:

People with supernatural powers, called “gifted”, suddenly appeared in the world. Because of their appearance, the balance of power in the world was destroyed, and this led to disputes between the big countries. Later, the bloody battle that lasted for 10 years was called the Great World War of the Gifted, as a result of which the population of the Earth was reduced to 20%, and due to circumstances it came to an end.