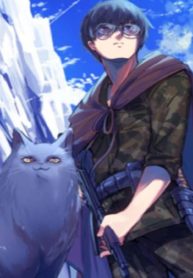 N/A, it has 4K monthly views

A brief description of the Ihoujin, Dungeon Ni Moguru manga:

In 1946, the Earth learned about the existence of other worlds. As expected, many countries immediately tried to send people to the other world in the hope of obtaining valuable resources or mystical treasures. None of them came back.

And frankly, Souya never wanted to be one of those explorers. But here he is, accepting an offer from a suspicious company to make money and save his little sister. Sent to another world, he soon discovers that his journey will be difficult – not only his teammates disappeared, but also most of his food and weapons were destroyed during the transfer.

The only other way left is forward. Having only an AI companion to lead him, Souya decides to go further, hoping to find something worthwhile to send a rescue team to rescue him – if such a team exists at all.