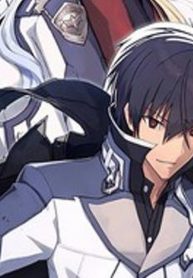 Demon King Mismatched School ~The Founder of the Strongest Demon King in History, He Arrives at School as Descendants After Reincarnating~ | Maou gakuin no futekigou-sha ~ shijou saikyou no maou no shiso, tensei shite shison no gakkouhekayou

A brief description of the Maou Gakuin No Futekigousha manga:

Two thousand years later, the Demon Lord is reborn. However, an academy specializing in training a demon lord found his skills unsuitable. Arnos – the lord, who can effortlessly destroy the human race, gods and elements. After many years of battles that have become routine, Arnos is tired and wished the world order. Because of this, he decides to be reborn after many years. After the rebirth, Arnos was amazed at how the world has changed: people are so used to peaceful life that they have lost much of their magical power. As they say, the blade, which was not used for a long time, is dulled by the sands of time.

Arnos decides to enter the Academy of Demon Lords, which intends to recognize the same student who is the reincarnation of the true Lord. However, Arnos’ abilities were so unusual that the leadership could not interpret them correctly and considered a man unable to study in such a place. During his time at the academy, Arnos was able to make friends with the girl Misha. After a while, the friend became a subordinate of Arnos. Now he wants to be on the throne, to climb to the top of the hierarchy of demons in order to show the new world who is who.

Reincarnated as an Aristocrat with an Appraisal Skill