NEW The Villainess Who Has Been Killed 108 Times 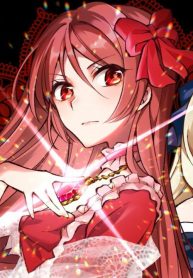 Stabbed 7 times. Massacred 11 times. Beheaded 5 times. Hanged 3 times. Burnt to death 7 times. Drowned 8 times. Run over 3 times. Shot 12 times. Poisoned 6 times. Strangled 7 times, etcetera… Scarlett was a villainess whose life has repeated 108 times in total. The duke’s redheaded, red-eyed daughter summoned fear and terrorized the nation as a ruthless queen. In all of her 108 lifetimes, she always ended up dying at the age of 28.

After 107 lifetimes ending by being killed by one of the five heroes and the flower-minded heroine, she died for the 108th due to an accident. Thus on her 109th life, Scarlett regains all her memories and tries to break free from the loop. Will Scarlet be able to break the chains of the Red Curse?

A unique comedic tragedy that will make you laugh and cry!