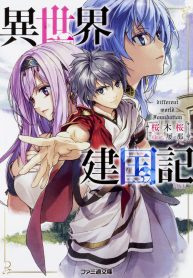 A brief description of the manga Isekai Kenkokuki:

Our main character begins his journey in a different world. Reincarnation brought him into the body of an abandoned child, and before him, one after another, there were children like himself. To survive, he taught them farming, and soon news of the village spread all over the world, and people began to arrive. A group with only children created their settlement before the big nations realized it… It’s an epic story about a man who would soon be known as the Holy Emperor.

The Unfavourable Job “Appraiser” Is Actually the Strongest

Even Though I’M A Former Noble And A Single Mother, My Daughters Are Too Cute And Working As An Adventurer Isn’T Too Much Of A Hassle