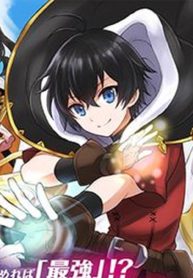 Fuguushoku to Baka ni saremashita ga, Jissai wa sore hodo Waruku arimasen?, People looked down on me for having a crummy job but it really isn't all that bad?, 不幸职业的幸运?, 不遇職とバカにされましたが、実際はそれほど悪くありません？

A brief description of the People Made Fun Of Me For Being Jobless But Its Not Bad At All manga:

Shirosaki Reito was suddenly sucked into a mysterious cleft and moved to a dimension between worlds, after which he was born a baby in another world. He was born into a royal family, becoming the heir to the throne. But still, he was eventually kicked out of the palace. The reason for this was that he turned out to be an alchemist magician, a profession that was the weakest in this new world. Those like him in this world of magic are considered to have no profession, but as it turned out, there is a secret! Let’s follow the path of becoming the strongest hero in the world with the weakest profession!