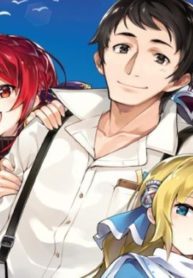 A brief description of the Good Deeds Of Kane Of Old Guy manga:

Already thinking about how to sell it and get a tidy sum, he, soon after finding it, meets a girl who was looking for a cure to save the life of her companion.

Outwardly, the girl was very much like his dead childhood friend.

Eventually, Kane gave her the fruit in exchange for a little change in his life.

In fact, the girl was the strongest adventurer, Anasteria. People called her the princess of the sword.

The day after the meeting, Kane was unexpectedly invited to join a group of adventurers of the S rank, he defeated the strongest monster, miraculously received a lot of money and finally received a confession from a saint.

Kane’s simple life changes completely because of his meeting with Anasteria.