I Want To Play Happily Because I Got The Heavenly Castle 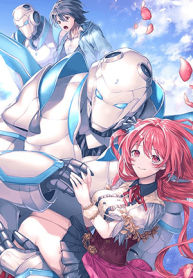 I Want To Play Happily Because I Got The Heavenly Castle Average 3.6 / 5 out of 43

A brief description of the manga I Want To Play Happily Because I Got The Heavenly Castle:

An angel made a mistake, resulting in Shiihara Daiki’s death. In order to hide the mistake, he was then sent to a different world. The angel will grant him one wish as a payment for keeping it a secret. Daiki asked for a Heavenly Castle floating in the sky without hesitation.

Suddenly a floating castle appeared in the new world, which causes confusion amongst the people. They attempt to contact Daiki in various ways. A country tries to steal it by force, while another seeks to befriend him. What in the world would Daiki do?

The castle is cool and some of the characters are fun, if not interesting, but it falls flat when it comes to anything substantive. At key points in the story, a pretty interesting one at that, it fails to do anything more interesting than an action scene. It tries, but it fails. Still, it’s worth reading if you like the concept — the art is great and it’s fun 50% of the time.

So despite Hello’s comment i still decided to give this a try and well, Hello wasn’t wrong about the MC hell i agree with him that the mc is a fucking man child, jesus fucking christ wtf was the author thinking? the MC didn’t had to be a smart i would’ve been ok with the MC if he didn’t think and talk like fucking kid despite being an adult. as for the plot heading too…… if you turn off your brain and don’t mind the Fan service and the dumbass MC then you might like it. ill come back after… Read more »

The God of Pro Wrestling

The Struggle of Being Reincarnated as the Marquess’s Daughter: I’ll Deal with What’s Coming to Me!