HOT Naze Boku No Sekai Wo Daremo Oboeteinai No Ka? 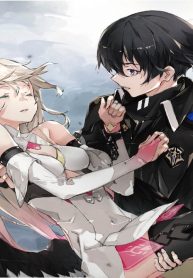 A brief description of the Naze Boku No Sekai Wo Daremo Oboeteinai No Ka? manga:

“Why did everyone forget the real world ?!”

There was a great war. Five races fought with each other for the right to dominate the Earth. The hero Sid, who was at the head of humanity, won, thereby ending the era of the great war. And in this very world, right before the eyes of a young boy named Kai, an “overwrite” unexpectedly occurred. Kai watched the “rewriting” of the world, during which the hero Sid did not become, because of which, in the great war of the five races, mankind tasted the bitterness of defeat …

Dragons and demons began to dominate the earth. Moreover, as a result of the “rewriting” that has taken place, all of humanity has forgotten Kai. However, having met the mysterious girl, Wrynn, Kai decides to fix the rewritten fate. And first of all, Kai, having inherited the sword and fighting skills of the hero, will challenge the enemy races that rule in this world without a hero.

Tensei Shitara Slime Datta Ken: The Ways Of Strolling In The Demon Country