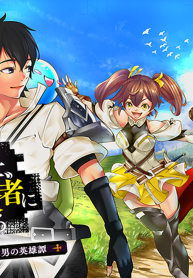 The Strongest Magical Swordsman Ever Reborn As An F-Rank Adventurer Average 4.5 / 5 out of 18

A brief description of the “The Strongest Magical Swordsman Ever Reborn As An F-Rank Adventurer” manga:

Aizawa Yuri has been reborn twice already. Using his skills, he acquired the artifact of reincarnation and began his life in a completely new world! Yuri decides to live for himself 100%. Reincarnated in the future world.

Monsters attack immediately after reincarnation. Rapidly responding, Yuri acquires skills and one by one and quickly destroys the enemy. Eventually, Yuri arrives to the guild and decides to start his life as a fugitive adventurer of rank F.