The World of Otome Games is Tough for Mobs 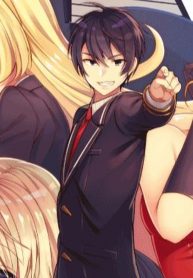 A brief description of the The World of Otome Games is Tough for Mobs manga:
Leon, a former Japanese worker, was reincarnated into an “otome game” world, and despaired at how it was a world where females hold dominance over males. It was as if men were just livestock that served as stepping stones for females in this world. The only exceptions were the game’s romantic targets, a group of handsome men led by the crown prince. In these bizarre circumstances, Leon held one weapon: his knowledge from his previous world, where his brazen sister had forced him to complete this game. Leon, who really just wants to to live as a shut-in in the countryside, uses that knowledge to raise a ferocious revolt against the women and handsome men.

Beware of the Villainess!